Hi, I’m Poppy. I am from New Zealand, and qualified from the Vet School at Massey University in 2006. Since then, I have worked in mixed animal practice in a little town called Wanganui, which is on the West Coast of the North Island. In NZ I treated the smaller species but also dealt with large animals (cows, sheep, horses, and the odd alpaca) which made for a good variety of work and entertaining stories, but I won’t lie- I am not going to miss getting out of bed in the middle of the night to go and calve a cow, in the mud, in the middle of a field!

I have brought my 2 dogs over to the UK with me- Doc is a NZ heading dog, although she may look exactly like a border collie and Remus is a heading dog crossed with a huntaway (sometimes this cross is called a Handy dog, and sometimes it’s an accident!), and he looks like a Labrador. As they were bred to be working dogs, they need a lot of mental and physical stimulation. Doc loves flyball, agility training, and showing off her tricks.

I am a band geek at heart, and can play several instruments (not all at the same time) but my favourite is the tenor horn. I play with the local brass band, as well as a concert band (which is brass and woodwind instruments). 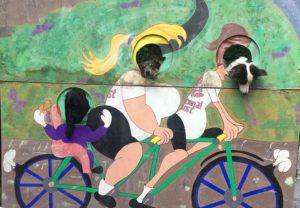 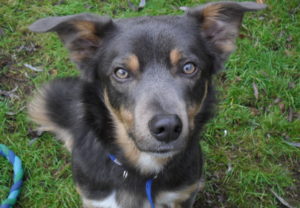